Late last month, news broke that Rock Star Eddie Money was diagnosed with Stage IV Esophageal Cancer in the fall of 2018.  On Friday, September 13, his family announced that the 70-year-old musician had died. 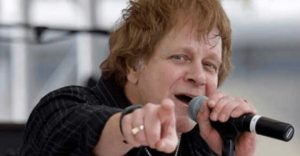 “The Money Family regrets to announce that Eddie passed away peacefully early this morning,” the family said in a statement. “It is with heavy hearts that we say goodbye to our loving husband and father. We cannot imagine our world without him. We are grateful that he will live on forever through his music.”

The story of his diagnosis and his cancer journey is the focus of the current season of his reality TV show called Real Money on AXS TV.  The first episode of the program aired the night before his death.  The network plans to air the final five episodes of the series, in addition to a special tribute to Eddie Money on Sunday, Sept. 15.

In video promotions for the new season of the TV series released at the end of August, Money’s cancer diagnosis was revealed.  In the video, Money says he discovered he had cancer after what he thought was a routine checkup. The singer whose real name is Edward Mahoney learned that the disease had spread to his liver, stomach and lymph nodes.

“What I don’t want to do is I don’t want to keep the fact that I have cancer from everybody,” Money said in the video. “It’s not honest. I want to be honest with everybody. I want people to know that cancer has come a long way and not everybody dies from cancer like they did in the Fifties and Sixties. Am I going to live a long time? Who knows? It’s in God’s hands.”

Money canceled his scheduled summer tour while recuperating from complications involving a heart valve procedure performed in June.  AXS TV said the heart issue was unrelated to his cancer.  Published reports indicate he developed pneumonia after the operation.

With a career spanning more than 40 years, Eddie Money established himself as one of rock’s most beloved entertainers. After leaving his native Brooklyn for the Berkeley music scene in the 1970s, Money quickly rose to fame on the strength of a slew of successful albums and Top 40 hits including “Two Tickets To Paradise,” “Take Me Home Tonight,” “Shakin’,” “Think I’m In Love,” “Baby Hold On,” and many more.

Money scored his first hit in the late 1970s with “Baby Hold On.” An early appearance on “Saturday Night Live” helped cement his popularity. Other hits during the MTV era included “Think I’m In Love” and “Shakin’.”

A music career wasn’t his initial career path. Originally, Money was going to follow in his father’s footsteps and become a Brooklyn cop. During the early 1970s, he attended the New York Police Academy.

But after a few years, Money gave up a cop’s life and moved to the West Coast to pursue a career in rock and roll, eventually signing with legendary promoter Bill Graham and Columbia Records.

ECAN and our many supporters send condolences to Laurie Money, their five children and the rest of his friends and family.

Find out more about Real Money and Eddie’s cancer announcement.