President Trump’s budget proposal for FY 2018 calls for a drastic 20% cut to the National Institutes of Health.  The NIH funds the vast majority of cancer research in our nation.  Cuts of this size will wipe out the increases set in motion through the recently passed 21st Century Cures Act – and push back Esophageal Cancer research by many years.  You can make your voice heard by clicking on the link below.

ECAN is a founding member of the Deadliest Cancers Coalition and has signed on to a letter to Congress requesting that Congress reject the nearly $6 billion in cuts to the NIH budget and instead,

ECAN signed on to a similar letter as a member of the One Voice Against Cancer Coalition.

Cutting research funding would hamper the important progress that we’re making now. Because Esophageal Cancer is one of our nation’s deadliest cancers, we cannot afford to wait. Lives hang in the balance. Historically, patients diagnosed with Esophageal Cancer have had very few treatment options, but we now have reason to believe the future can hold more promise. Hope is on the horizon because of breakthroughs researchers are achieving now and expect to reach in years to come largely thanks to the important stand that Congress took in passing the 21st Century Cures Act, including the Cancer Moonshot.

Let’s not allow all of the progress we have worked so hard to achieve be hampered, delayed or stopped altogether.

Here’s Your Chance to Take a Stand 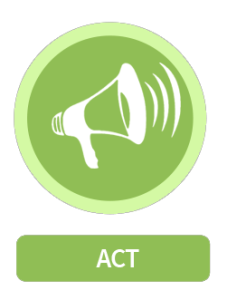 For Years, Cancer Research has experienced bipartisan support in the United States
Click here to Tell Members of Congress
they Must Stand Up for Cancer Patients.

Your voice makes a difference.
Please make sure Congress hears it now!