A Reason for Optimism

This is the 13th anniversary of my husband’s death. It may sound like a contradiction, but it is a reason for optimism.

I’m not sure why 13 is an unlucky number.  I just know that shortly after our 13th wedding anniversary, my husband was diagnosed with Esophageal Cancer.  Today marks the 13th year since his death from that beastly disease.

I find it hard to grasp all the time that has passed since that wrenching day when I watched my beloved take his last breath.  Both of our kids have 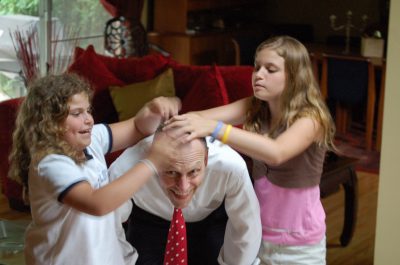 graduated from middle school, high school, and college. And he was not by my side to share our joy. Our children have also struggled through the issues life brings all of us as we make our way to adulthood.  He has not been here to hear their thoughts, share his sage advice, reassure them of his love and support. But I believe they know his love is with them. And I know that – even though he had so few years with them – they learned some essential lessons that permeated every fiber of his being.  My children are kind, loving people who believe strongly in their obligation to make the world a better place.  They learned that lesson from their dad.  He believed that without kindness, nothing is possible. He lived that.  And they learned that. 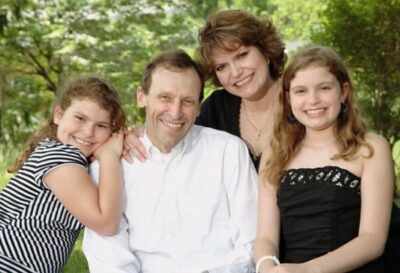 They also learned to be optimistic, even in the face of the worst of circumstances. That’s who my husband Monte Mordecai was.  And so much more.  I’m sorry he wasn’t physically here to walk with our children through the journeys of their lives.  But I know he has been a powerful guide nonetheless. I’m sorry none of our dreams for the future together ever came true.

And though I am sorry it took my husband’s illness to focus my attention on the horrific disease that took his life, I am grateful that this experience has given me the profound honor of leading a fight to bring an end to the suffering Esophageal Cancer causes.

In the past thirteen years, we have accomplished a lot.  Just not enough.  I could write for hours about all that is needed.  But I will take a few minutes to share what has improved – most of it without my involvement – but some of it because of the efforts my ECAN family and I have made.

This week, an immunotherapy was approved as a first-line treatment for patients with advanced Esophageal Cancer. It’s the first time that’s happened.  And we expect two more approvals for first-line immunotherapy for our patients any day now.

What’s amazing about this is that one of the very first things we did when we started ECAN was advocate with the National Cancer Institute (NCI) to include Esophageal Cancer in its plans for a new project to map the genomes of many cancers.  They had a list of about 20 cancers.  Esophageal Cancer was not on that list, despite the fact that, at the time, Esophageal Adenocarcinoma was the fastest increasing cancer diagnosis in the US.

Our contacts at the NCI said there were difficulties getting enough tissue samples for Esophageal Cancer.  ECAN’s Board of Directors, which included many prominent physicians, pledged to get the tissue samples if Esophageal Cancer could be included.  But then, NCI said it didn’t have the funds to include Esophageal Cancer.  We asked, “How much would that take?”  The answer came back – half a million dollars.  At the time, ECAN had $40,000 in the bank.  I worked full-time for no salary with part-time paid administrative support. It seemed like a lot of money.

But ECAN’s Board took a bold step and pledged to raise those funds if NCI would include Esophageal Cancer in the project.  About six weeks later, I received a call that I would soon be invited to join the Disease Working Group of the Esophageal Cancer Pilot Project of The Cancer Genome Atlas (TCGA).

I literally began jumping up and down. And I asked, “How soon do we have to raise the money?” The answer came back that we would not have to raise the money.  That NCI found the funds in its budget.  But our push to get NCI to include Esophageal Cancer in TCGA made a difference.  I was thrilled. I believed that genomic research was the train leaving the station – and that if we weren’t on it, our patients would be left behind.  Today, I know I was right.

Here’s how.  Recently, I had the honor of interviewing the lead investigator who conducted the clinical trial that has led to one of these new immunotherapy designations.  She told me that without the TCGA findings of how closely some Esophageal Cancer resembles some gastric cancer, Esophageal Cancer would never have been included in her research – and much of the other research that has led to these new therapies for our patients. The most important part of this story to me is that a small group of people can make a big difference. I’m so happy we could take action that would lead to improvements for our patients.

Another move ECAN made in the very early days was to initiate Esophageal Cancer Awareness Month in April.  I picked it because it was the month my husband was diagnosed and because it was the original date we had planned to host our first event before we knew that Monte would not survive. It has been a wonderful thing to see how many people and organizations across the US have found this an important event to observe – and how much more awareness has been cultivated simply because we were able to get the month designated to shine a light on this cancer.

Over the course of the last 13 years, I’ve devoted most of my waking hours to this fight.  And we’ve made progress.  We’ve hosted events, we’ve made many millions aware of the link between reflux disease and cancer – and probably more important – given others the tools to raise awareness themselves.  You can sign up to get a text message every day in April with an awareness message about Esophageal Cancer for you to share.  This year we are even offering lawn signs for Esophageal Cancer Awareness Month (go to ECAM2021.org to sign up for either of these offerings). We are working to shine a Periwinkle light in the night skies this April as buildings and monuments light up in Periwinkle for April.

On a more serious note, we are hosting an expert panel on Personalized Medicine in Esophageal Cancer on Saturday, September 17th.  And the next day, Sunday, September 18th, we are hosting a community meeting to address the dramatic increase in Early-Onset Esophageal Adenocarcinoma.  We hope to bring together researchers, patients, and families affected by this terrible trend and our partners at the NCI’s MYPart (My Pediatric and Young Adult Rare Tumor) Network.  Our NCI partners will explain how they will conduct natural history studies of these cases and we will discuss what other steps we need to take to gain an understanding and make an impact on this problem.

And we will host our first virtual conference in September: a three-day agenda of important information for all stakeholders who care about Esophageal Cancer: patients, families, healthcare professionals, and industry partners.

When I started ECAN, I wasn’t sure what exactly we could or would do.  But I knew much more needed to be done. It’s why we called ourselves an Action Network.  We wanted to make things happen.  And we wanted to join many different people and organizations to have an impact. I think we have done some of that.

Through the years, we’ve shared a lot of important information through many channels, including our webinar series, we’ve personally helped patients and families find the kind of support and information they need.  But I think one of the things that makes me most proud – and that I know Monte would cherish, too – is that I get messages from patients who say that just knowing we were here for them, we were on their team, during their battle with this disease helped keep them going. That touches my heart and helps me know that we are on the right track.

So today is a sad one for me and for my family and everyone who knew the amazing man Monte Mordecai was.  But at least we can say that even his death brought about something he valued: a reason for optimism.  We are making a difference. We won’t stop fighting this disease. And I believe we can reach the day when nobody has to die of Esophageal Cancer.  I want to live to see that.