Make It A Life-Saving Birthday

In May of 2010, Brent Sharpless was in the prime of his life. He was an active, healthy 36-year-old who had never smoked, ran marathons with an average mile pace of under 7:30, and he had just summited Mt. Rainier. Brent also lived on three continents; backpacked multiple times through Europe, Asia, and Australia; and was appointed VP of his company in his early 30s. 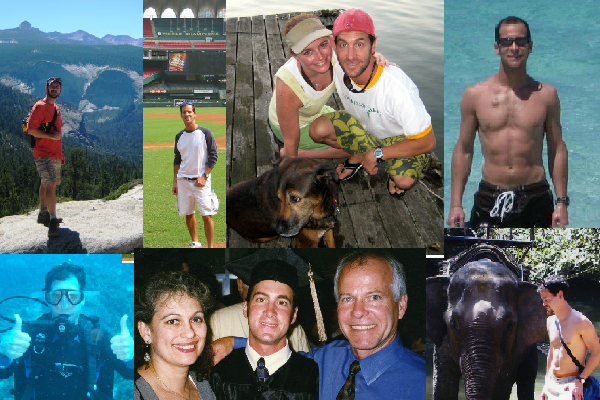 Like many Americans, he thought that persistent heartburn and acid reflux were simply an inconvenience. Brent’s doctor prescribed proton pump inhibitors (PPIs) to address the reflux.  But he didn’t conduct an endoscopy.  At least, not until five years later when Brent had trouble swallowing. And that’s when Brent was diagnosed with Stage IV Esophageal Cancer that had metastasized to his liver.

Brent was determined to fight – enduring 25 radiation treatments, 10 different types of chemotherapy, 1 biological drug, 1 experimental drug, along with a few small surgeries. In the midst of treatment, Brent inspired those around him by riding his bike to almost all of his radiation treatments and many chemo treatments.  He biked 25 miles to raise money for cancer research, and completed a mile swim in a relay triathlon. But his determination could not beat the cancer.

Ten years ago today, Brent Sharpless turned 37, celebrating his last birthday on earth.  Esophageal Cancer robbed him of his remaining years – and those who love him the chance to see their dreams realized. He passed away less than 14 months after his diagnosis on June 29, 2011.

We wish we could tell you Brent’s story is unusual.  But it’s not.

The type of Esophageal Cancer caused by reflux disease is the fastest increasing cancer among American men, and one of the deadliest.  Sadly, we are now even seeing patients in their teens diagnosed at Stage IV.

But there is good news.  Dramatically better survival rates are possible for patients who are diagnosed at early stages or even before the cancer has a chance to take hold – when patients have the precursor to this cancer called Barrett’s Esophagus.

Brent’s hope was that his story could prevent someone else from suffering his fate.  So please, share his story today.  It’s the best birthday tribute you can give – and possibly a life-saving gift for someone else.

Let them know that it is important to pay attention to your reflux symptoms – including heartburn, persistent cough, sore throat or hoarse voice, or choking when you lie down.  And if you have heartburn that goes away unexpectedly, you could be at risk.  See your doctor and ask to be checked. As Brent and so many others learned too late, waiting until you have problems swallowing is waiting too long.

One simple gesture could add many birthdays to the lives of people you care about. Please share this message.

“One person can make a difference.  Everyone should try.”