A message from ECAN’s founder: My husband’s birthday came this week. And this year, for the first time since he passed away more than 12 years ago, I am really celebrating. I am rejoicing because news came this week of not just one – but two – important research breakthroughs in the treatment of patients with Esophageal Cancer!

New Studies Show Significant Benefit for our Patients with Immunotherapy

Bristol-Myers Squibb published news releases this week with early information about two large, Phase III clinical studies of the immunotherapy Opdivo (nivolumab) that reached important primary survival endpoints for patients with Esophageal Cancer. These are the first real hopeful clinical trial results we have seen for our patients. And what I find most encouraging is that the patients were not required to have tried every other possible treatment to be eligible to receive these therapies.

The full reports from the studies won’t be released until next month, but we know that the primary endpoints are set for significant survival benefit – and since they have been reached – this is important news!

Immunotherapy after Chemoradiation and Surgery

One trial (called Checkmate-599) provided Opdivo to patients with both Esophageal Adenocarcinoma and Esophageal Squamous Cell Carcinoma after they underwent neoadjuvant (pre-surgery) chemoradiation and surgery. The results released this week showed that this study reached its primary endpoint of disease-free survival. That means patients who received Opdivo after surgery had significantly improved survival with no evidence of disease when compared to those who received placebo. I’m told more time is needed to reach the overall survival goal. This clinical trial was a huge, global, randomized, double-blind study. So reaching this survival endpoint is an important milestone!
In this clinical trial, patients would not receive the immunotherapy if the results of their pathology report showed that they had a complete pathological response to the treatment they had already received, because those patients are most likely to have long-term survival and would likely not need further therapy.

Today, some patients receive more chemotherapy after their esophagectomies in the hopes of killing off any cancer cells that may have survived in their systems. But the research doesn’t show that it’s all that helpful. Presumably, providing this immunotherapy right after surgery before any lingering cancer cells have the chance to get a foothold would rev up a patient’s immune system to more effectively fight off any lingering cancer.
Of course, we don’t know yet which patients responded best to the treatment and for whom it may be appropriate for the addition of nivolumab to become the standard of care. But as the widow of a patient whose husband’s pathology report did not give us much reason to hope for long-term survival, I can tell you that the chance for a therapy like this would have been the answer to my prayers! 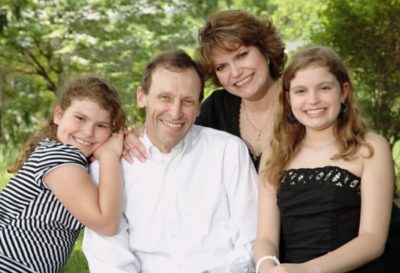 Another trial (Checkmate-649) showed improved survival in newly diagnosed patients with metastatic Esophageal Adenocarcinoma and Gastroesophageal Junction cancer who had not received any prior treatment. Patients were provided Opdivo along with standard chemotherapy (FOLFOX) as a first-line therapy to patients who had Esophageal Adenocarcinoma that had metastasized, thereby making them ineligible for surgery. That means patients received the combination of immunotherapy and chemotherapy without having to take another treatment that didn’t work.
That study reached its primary endpoints for both progression-free survival (survival without any growth in their cancer) and overall survival in patients whose tumors express PD-LI with a score of 5 or higher. Overall survival benefit was found in all patients in the trial who received Opdivo. This is significant because we have seen studies that show better progression-free survival, but overall survival is still not improved. Nivolumab is the first PD-1 inhibitor to demonstrate a better overall survival and progression-free survival rate when combined with chemotherapy than chemotherapy alone for patients with metastatic gastroesophageal junction (GEJ) cancer or Esophageal Adenocarcinoma.

I was thrilled to hear from the lead investigator in this study that she insisted on including Esophageal Adenocarcinoma (EAC) because of the findings of The Cancer Genome Atlas (TCGA). TCGA showed that the genome of EAC is very similar to that of gastric cancer and prior studies had found benefit to gastric cancer patients with Opdivo. Why did that make me happy? Because one of the first objectives ECAN took on when we started more than 11 years ago was to convince the National Cancer Institute to include Esophageal Cancer in the TCGA. It wasn’t an easy job. But we knew it was important.

The news we got this week is just one example of why it matters that Esophageal Cancer patients have advocates like you. You make important things happen for patients!

If you have been by our side during this quest to save the lives of those at risk for Esophageal Cancer, I hope you feel a sense of pride at what you have accomplished. Even more, I hope it motivates you to stay the course – or get more involved – because we have much more work to do!

My husband spent his last birthday on earth in the hospital, suffering from the debilitating effects of chemoradiation for Esophageal Cancer. I have to believe today he’s smiling down on us all knowing that perhaps one day very soon many of the patients who travel this road after him will have an easier, more hopeful, and much longer journey.

If you’d like to know more about these studies, click here for interviews with the researchers and links to news releases from Bristol-Myers Squibb.

Thank you for all you have done to improve the lives of patients at risk for Esophageal Cancer!

I hope you are staying safe and well in these uncertain times!